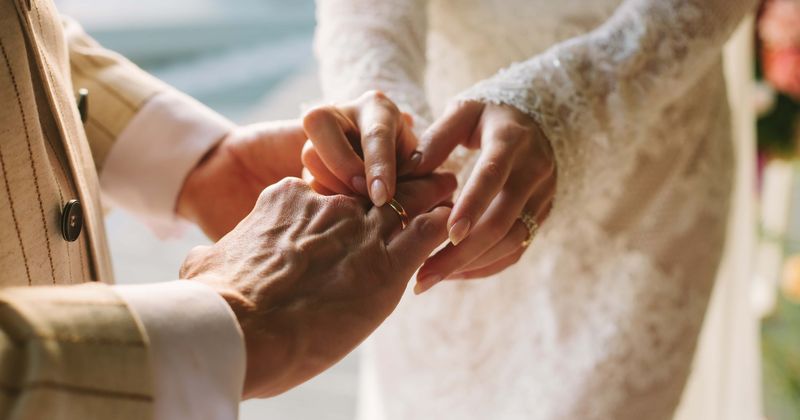 A two-time cancer survivor from Louisiana got married to her true love at the age of 73.

Audrey Parker Green got married to Allen Green, 75, to inspire elderly people and motivate them to take a risk in the name of love, per PEOPLE. Allen told the outlet, "We just want to be voices for the people in their 60s, 70s. Just go for it, because you don’t have to live alone in the last part of our years."

Audrey spoke to TODAY, "Keep your hands open, keep your heart opened. And somehow, someway, whatever it is that you desired, it will come." She further added, "But don’t expect it to come the way you think it’s supposed to come. And above all, never, never give up in spite of the challenges."

At age 49, Audrey Parker Green reunited with an old classmate, Allen. Over the next 20 years, she was diagnosed with and beat cancer 2x. The entire time, Allen was by her side. Now in their 70s, the couple got married! Here's to the love of a lifetime! ❤️ pic.twitter.com/2WDw6Sq4wa

Audrey had planned to marry and have four children. However, despite her best efforts, she was unable to establish a family. She said, "I never wanted to marry very young, but I didn’t anticipate marrying this old either." It wasn't until 1996 that a divorced Allen summoned the guts to approach Audrey, whom he recalled in high school as a very attractive and decent person. He recalled, "I said, 'Let me take this chance.' "

The couple met in November 1997 at a Scottville High School alumni reunion. Audrey recalled, "When I saw him, I said, ‘Oh my God. Here he comes.' If he didn’t speak to me, it would only be [us] and God that knew that he had ever tried to call me." She added, "That’s when he approached me and said, ‘Ms. Parker, I’m not letting you get away from me this easy this time.' "

Audrey and Allen's connection evolved into a budding friendship over the following 20 years, with some phone romancing from Allen. Audrey was diagnosed with colon cancer in November 2002 and she had to move in with one of her sisters. She said, "I told him that if he couldn’t handle it, he could leave, and I wouldn’t hold it against him." However, Allen proved to be completely supportive of his now-wife.

Allen remained committed even after receiving yet another piece of unfavorable news. Audrey was diagnosed with breast cancer in October 2008 and had to have a double mastectomy. Audrey recalled, "He was there with me when I was going through some tough times. When one person is sick, and another person is healthy, that’s hard on both parties."

Allen proposed to Audrey last year on her Birthday and the couple got married just a few months later on July 16, 2021. Audrey said, "I felt like the queen. I had a regular wedding like a 20 or 30-year-old person." Allen said, "We really enjoy each other. We love each other, and we try to do the best for each other."