Naomi Judd’s Husband, Larry Strickland, Honors Her By Singing 'How Great Thou Art' And It's Just Beautiful

She died just one day before she was to be honored at the Country Music Hall of Fame. 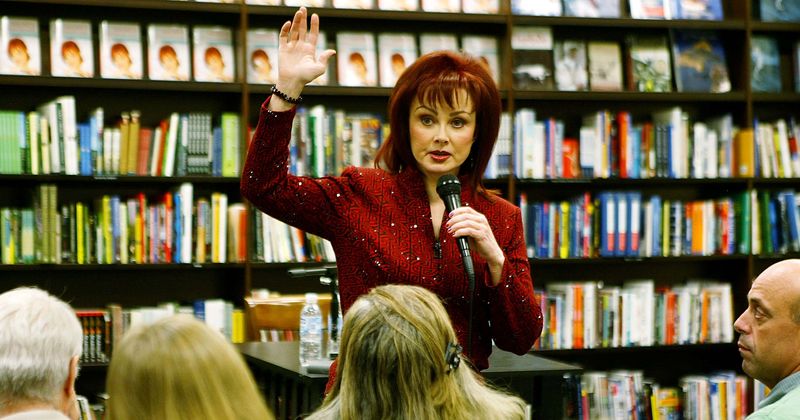 Trigger Warning: The following story mentions details of suicide that might be disturbing to a few readers

Naomi Judd, the American singer, and songwriter passed away on 30th April 2022. Naomi's children shared the news in a statement released last Saturday. They wrote on Instagram, "Today we sisters experienced a tragedy. We lost our beautiful mother to the disease of mental illness. We are shattered. We are navigating profound grief and know that as we loved her, she was loved by her public. We are in unknown territory."

Naomi and Wynonna were honored into the Country Music Hall of Fame for their work as The Judds only one day after Naomi died. Wynonna and Ashely attended the event and delivered touching comments about their mother's life and legacy, reports Country Music Nation.

The country music star died by suicide after struggling with her mental health, per PEOPLE. The 76-year-old singer had been pretty open about her struggle and was an active advocate of mental health awareness. She wrote in a letter for Mental Health Awareness Week in 2018, "For everyone mourning the death of someone who committed suicide, an inevitable question arises: Why did this happen? Unfortunately, we don't have very good answers." She added, "Suicide is actually one of the leading causes of preventable death among these mental illnesses."

Naomi's closest ones gathered on Ashley's sleeping porch after she died away. Ashley posted a brief video on social media showing Naomi's husband, Larry Strickland, leading everyone in a rendition of "How Great Thou Art" in memory of Naomi. She claimed they were singing hymns together that night. Strickland who was married to Naomi for 32 years released a statement saying, "Naomi Judd's family request privacy during this heartbreaking time. No additional information will be released at this time."

Ashley also shared some pictures of the ceremony in The Hall of Fame on Instagram. She wrote in the caption, "Your outpouring is reaching me. Thank you for every thought, prayer, message, text, email, post, expression. We each are alone and we are in fellowship, broken and held, protected from nothing and sustained in everything." She added, "It’s the beginning of an old story, life and death, loss and life. Be free, my beautiful mother. Be free."

Kyle Young, CEO of the Country Music Hall of Fame said during the ceremony, "We can't ever know all their struggles, but we know all their songs. Their stories have been well documented, Naomi and Wynonna, a mother and daughter forced together and forged together. It's all complicated — and it all emerged in beauty and triumph."

Wynonna also spoke during the ceremony, "I'm gonna make this fast because my heart's broken — and I feel so blessed. I mean, it's a very strange dynamic to be this broken and this blessed." She added, "Though my heart’s broken, I will continue to sing, because that’s what we do."