After 28 years of marriage to John Travolta, Kelly Preston passed away in July 2020 after a long battle with breast cancer. 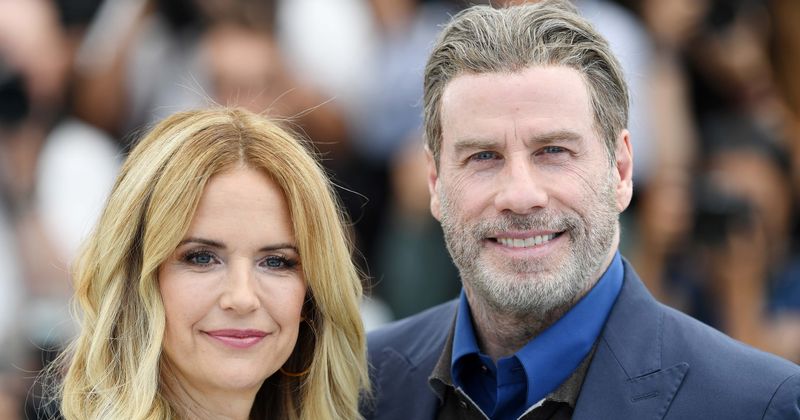 John Travolta paid a tribute to his late wife Kelly Preston on Mother's Day. He posted a 4-minute, 30-second movie with images of Preston.

In the heartwarming and emotional post, the videos and photos of Travolta and Preston with their children, Ella, Benjamin, and late son Jett is tragic, set to Barbra Streisand's interpretation of "That Face."

The video's initial picture is a black-and-white portrait of Preston with the words "From me to you" inscribed in white letters, reports PEOPLE. He concluded the video by saying, "With all my love, Johnny."

Ella also paid respect to her mother in an Instagram photo she uploaded on Sunday. She shared a photo of herself and her mother enjoying a Disney theme park's Dumbo ride.

She wrote in the caption, "I've learned a lot from all of the strong and powerful women in my life, I thank you all for being such wonderful role models." She added, "I miss and love you, mama. Happy Mothers to all of the wonderful moms out there!"

Preston was married to Travolta for 28 years. According to a family representative who told PEOPLE confidentially, "On the morning of July 12, 2020, Kelly Preston, adored wife and mother, passed away following a two-year battle with breast cancer."

For the first Mother's Day without Preston Travolta had tweeted a modest and beautiful tribute with two images last year, reports Huffpost.

Preston and Travolta appeared in many films including the 2018 crime drama Gotti, the 2010 thriller From Paris with Love, the 2009 comedy Old Dogs and the 2000 sci-fi film Battlefield Earth, per Daily Mail. Last year, Travolta spoke with Esquire Spain about the difficult grief process that followed the death of his wife. He said, "I felt so saturated with everyone's sadness that I didn't know what to do. The first thing you should do when you experience grief is to go to a place where you can live your mourning, without any interference." He added, "If I die tomorrow, the last thing I want to see is everyone around me sunk."

He also said that "learned that crying for someone, living in mourning, is something persona." He added, "Grief is individual and experiencing your own journey is what can lead to healing. The most important thing you can do to help someone else when they are grieving is to allow them to experience it and not complicate it with yours."