His dog was diagnosed with a critical illness when he was shooting for a film in Arizona. 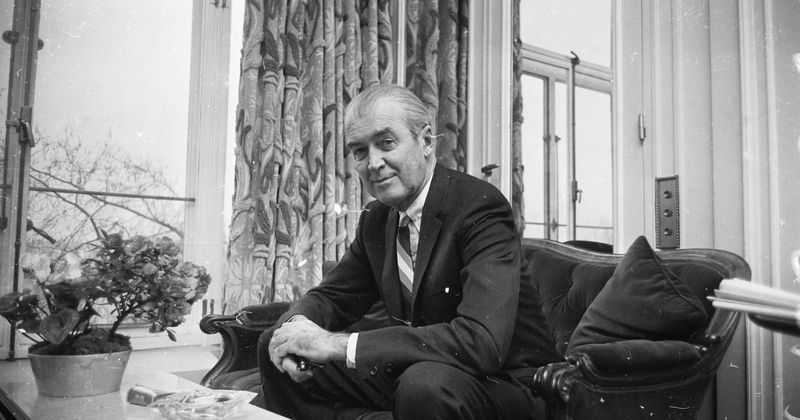 Jimmy Stewart's poem about his dead dog named Beau broke the hearts of many people. Yes, it's time to get those tissues out! Stewart was an iconic American actor who did a total of 80 films in his successful career. Apart from his acting skills, he was well-known for having a profound love for dogs. Jimmy's bed was occupied by the gorgeous puppy, who demanded that he rub his hair and pat his head all the time, reports iHeartDogs.

When Jimmy was in Arizona filming, he received a call notifying him that Beau was gravely sick. He wrote a poem called "I'll Never Forget a Dog Named Beau" in which he expressed his feelings for Beau. He recited the poem on Tonight Show with Johnny Carson and it touched millions of hearts across the world.

It's a lovely tribute to his dog, in which he recalls all of the wonderful times they shared. He wrote, "He did things his way./Discipline was not his bag/But when you were with him things sure didn't drag./He'd dig up a rosebush just to spite me,/And when I'd grab him, he'd turn and bite me." He further added in his poem, "He bit lots of folks from day to day,/The delivery boy was his favorite prey./The gas man wouldn't read our meter, He said we owned a real man-eater./He set the house on fire/But the story's long to tell."

He further talks about how they used to go on walks with Beau and he would follow the actor everywhere. Towards the end of the poem, he accurately portrays the emptiness he felt when Beau was not there anymore. He wrote, "And there are nights when I think I feel that stare/And I reach out my hand to stroke his hair,/But he's not there./Oh, how I wish that wasn't so/I'll always love a dog named Beau."

"Why We Love the Dogs We Do: How to Find the Dog That Matches Your Personality," a book released in 2000, offers some details about what happened to Beau. While filming in Arizona, Stewart received a phone call from his veterinarian, Dr. Keagy, informing him that Beau was critically ill. Dr. Keagy informed him that his wife, Gloria, has asked for his permission to let Beau be euthanized. However, Stewart denied his permission and asked Keagy to keep him alive for as long as possible, per Tree Hugger.

He took a leave from shooting and spent as much time as he could with Beau in his final days. He finally granted his permission to the doctor to euthanize Beau. Stewart waited in his car for 10 minutes after the procedure to dry his eyes. He recalled in the book, "After (Beau) died there were a lot of nights when I was certain that I could feel him get into bed beside me and I would reach out and pat his head. The feeling was so real that I wrote a poem about it and how much it hurt to realize that he wasn’t going to be there any more."