She talks about how her mother struggled with teen pregnancy and depression. 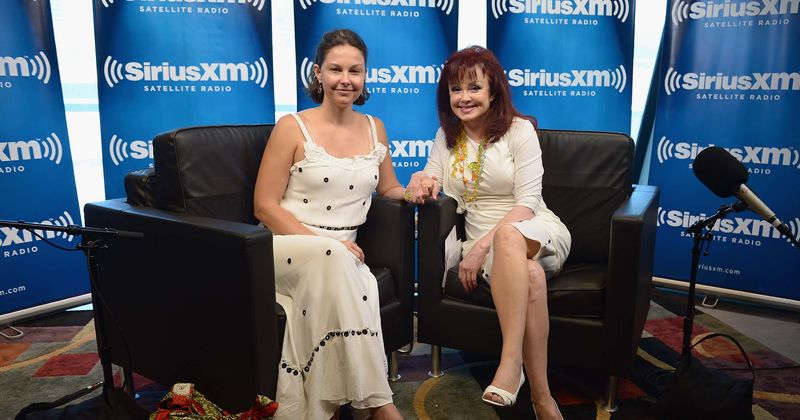 As we reported earlier, Judd died on April 30, a day before she was to be honored by the Country Music Hall of Fame. Ashley Judd wrote a heartbreaking essay for USA TODAY talking about her loss. In the essay, she stressed that her heart is full of an appreciation for everything her mother left behind from the start. She wrote, "Her nurture and tenderness, her music and memory."

Mr Bill, this moves me deeply. Thank you. I am weeping. https://t.co/DFzDjpp6n6

She added, "It wasn’t supposed to be this way. I was supposed to visit her on Sunday, to give her a box of old-fashioned candy, our family tradition." She further wrote, "We were supposed to have sweet delight in each others’ easy presence. Instead, I am unmoored."

Ashley soon went on to explain a different aspect of her clearly troubled emotional condition, reports Page Six. She wrote, "Perhaps it’s indecorous to say, but my heart is filled with something else, too. Incandescent rage." She added, "Because my mother was stolen from me by the disease of mental illness, by the wounds she carried from a lifetime of injustices that started when she was a girl. Because she was a girl."

Last night, the Judds were inducted into the Country Music Hall of Fame.

Wynonna and Ashley Judd were there just one day after their mom's unexpected passing and spoke about how much the respect of her colleagues meant to her.

Ashley also got a chance to honor her sister. pic.twitter.com/hH5b1WShBv

Ashley talked about Judd's teen pregnancy. She wrote, "Unintended pregnancy at age 17 … led her down a road familiar to so many adolescent mothers, including poverty and gender-based violence." Ashley went on to say something about the precise core reasons of the injustices. Judd has suffered from depression for a long time, apparently as a result of prior traumas such as sexual and childhood abuse.

Ashley was acutely aware that her family's sorrow coincided with the publication of a Supreme Court draft ruling signaling the end of legally guaranteed access to safe abortion. Ashley touched on the myriad physical and even deadly hazards that giving birth may bring in her essay. She highlighted a series of stunning and distressing facts regarding pregnant women.

Reading our @UNFPA Goodwill Ambassador @AshleyJudd’s essay on valuing Moms:
“My mama was a legend. She was an artist and a storyteller, but she had to fight to overcome the hand she was dealt, to earn her place in history.” https://t.co/xlZYnwHWBg#SafeMotherhoodDay #MothersDay

She cited a 2021 study in her essay that revealed the cause of pregnancy-related deaths over the past 15 years. The leading causes are, "homicide, suicide and drug overdose," and "inmate partner violence" is another factor in these deaths.

Ashley never second-guessed Judd's unwavering commitment and soaring endurance while being a mother. She wrote, "My mama was a legend. She was an artist and a storyteller, but she had to fight like hell to overcome the hand she was dealt, to earn her place in history." However, she stresse on that Judd, "shouldn’t have had to fight that hard to share her gifts with the world."

She concluded the essay by saying, "This Mother’s Day, I choose to honor my mama for the person she was, a mother and so much more. And I ask you to honor your own mother, if you are lucky enough to have her." She added, "Honor her for more than her labor and sacrifice. Honor her for her talents and dreams. Honor her by demanding a world where motherhood, everywhere, is safe, healthy — and chosen."