She evaluated her for 29 hours and diagnosed her with PTSD. 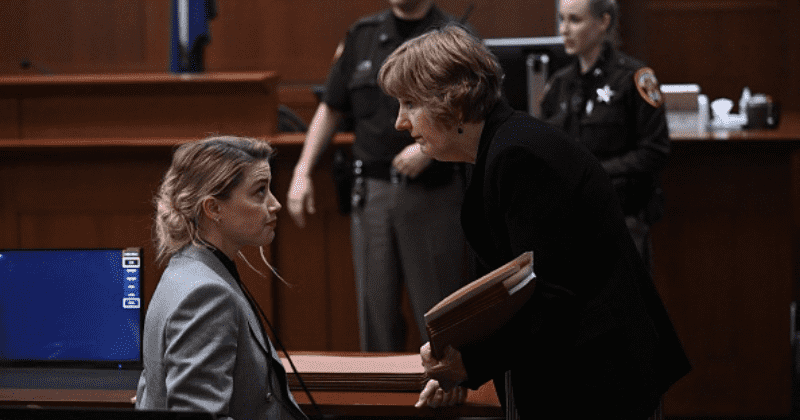 The court has heard Depp as he was on the stand and testified against Heard claiming that her 2018 Washington Post op-ed led to various financial losses leading him to be pulled out of the Pirates of The Caribbean franchise. However, it is now Heard's defense team's time to call witnesses to testify about Depp's behavior from Amber's point of view, reports Lad Bible.

She told the court what Heard told her about Depp's alleged "drug-fueled rages." She said, "When Mr. Depp was drunk or high, he'd throw her on the bed, rip off her nightgown, and try to have sex with her." She added, "There were times when he forced her to give him oral sex when he was angry. These weren't in loving moments. These were angry moments. These were moments of dominance, moments where he was trying to get control of her."

Dr. Hughes also discussed an alleged event in which Depp apparently did a cavity examination on Heard in order to 'find cocaine.' Dr. Hughes added, "Even though she yelled and hit him and said some terrible things to him, it was never able to shift the balance of power in the relationship. If he was not able to perform he would get more angry at her and blame her." The doctor reportedly stated that Depp was unhappy about Heard and actor Billy Bob Thornton, but did not elaborate.

She also said, "He starts talking about James Franco. Hope you had fun with your escapades.’ He kicked her on the back and she went forward…." reports New York Post. Following a forensic examination of Heard, Dr. Hughes found that the actor's experience was consistent with "what we know about Intimate Partner Violence" and that she suffered from PTSD.

While Hughes was on the stand, a WebMD profile featuring her name and practice details received a flood of critical feedback, reports NBC News. It's uncertain if Hughes made the profile herself. Many reviewers accused Hughes of being sexist and unethical for being biased against males in situations of domestic abuse.

Dr. Hughes is the first witness called by Heard's defense team after Depp's lawyers rested their case on Tuesday. Judge Penney Azcarate then dismissed Heard's lawyers' motion to dismiss Depp's complaint, paving the path for the defense presentation to begin.